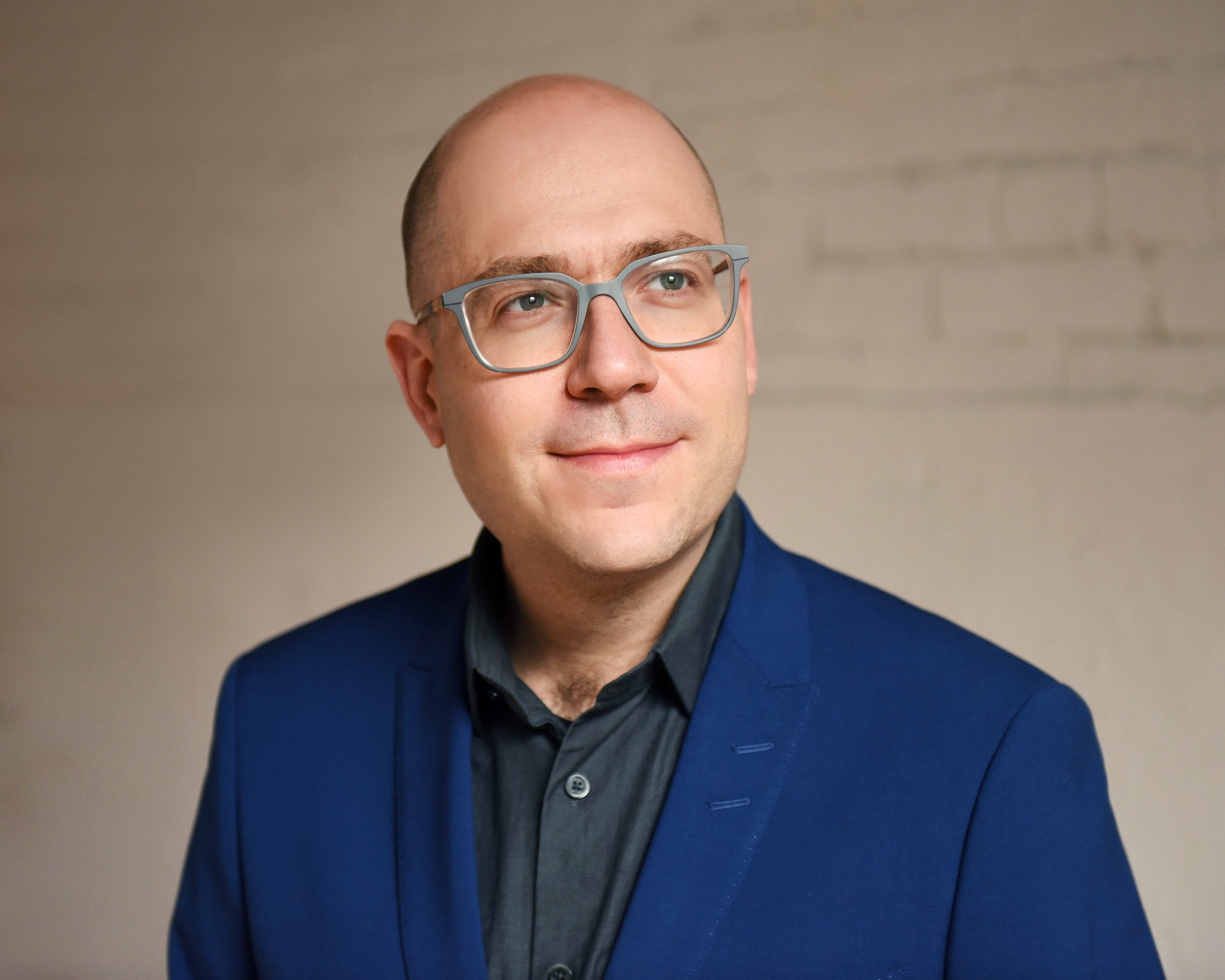 
Abstract: I will present quantum algorithms for the current era of near-term intermediate-scale quantum computing, with potential applications to simulating quantum chemistry and quantum materials and usher in quantum machine learning.

Biography: Alán Aspuru-Guzik is the Canada 150 Research Chair in Quantum Chemistry and professor at the University of Toronto and a CIFAR Artificial Intelligence Chair at the Vector Institute for Artificial Intelligence. He works to integrate robotics, machine learning and high-throughput quantum chemistry to develop material acceleration platforms, which could accelerate scientific discovery for clean energy and optoelectronics. Alán also develops quantum computer algorithms for quantum machine learning and has pioneered quantum algorithms for the simulation of matter. Alán received the Google Focused Award in Quantum Computing and was named in the MIT Technology Review 35 under 35, as well as having held Sloan and Camille and Henry Dreyfus Fellowships. Alán is a fellow of the American Association for the Advancement of Science and the American Physical Society. He is a co-founder of Zapata Computing and Kebotix, two early-stage ventures in quantum computing and self-driving laboratories respectively.

Abstract: Although our understanding of the properties of individual neurons and their role in brain computations has advanced significantly over the past several decades, we are still far from elucidating how complex assemblies of neurons – that is, brain circuits – interact to process information. In 2011, six U.S. scientists from different disciplines banded together, outlined a vision [1,2], and managed to convince the Obama administration of the unprecedented opportunity that exists to launch a coordinated, large-scale international effort to map brain activity. This culminated in the U.S. BRAIN Initiative (Brain Research through Advancing Innovative Neurotechnologies), which was launched in 2013. Our perspective was predicated, in part, on the current level of maturity of diverse fields of nanotechnology and silicon very-large-scale integration (VLSI) that can now be coalesced to create unprecedented tools for massively parallel interrogation of brain activity. We will outline the immense complexity of such pursuits, the hopes we articulated, survey the existing technological landscape for assembling the requisite instrumentation, and then focus upon our collaborative efforts toward tools enabling multi-physical interrogation of brain activity. We believe this technology will engender a spectrum of new possibilities for neuroscience and clinical neuromedicine.

Biography: Michael Roukes is the Robert M. Abbey Professor of Physics, Applied Physics, and Bioengineering at the California Institute of Technology (Caltech). He is renowned for his ground-breaking research in nanoscience and nanotechnology, and its application to neuroscience.

Prof. Roukes earned his Ph.D. in physics from Cornell University in 1985, where his graduate advisor was Nobel Laureate Robert Richardson. His thesis research revealed new physical effects that are relevant to the operation of nanoscale devices at the forefront of modern electronics technology.

In 1992, after seven years at Bell Communications Research (formerly Bell Labs), Prof. Roukes moved to the California Institute of Technology he where pioneered the field of nano-electromechanical systems (NEMS). His leadership contributed to the founding of the Kavli Nanoscience Institute (KNI) at Caltech in 2002. More recently he has advocated for large scale investment in neuroscience research, resulting in the BRAIN Initiative launched by the US government in 2013. His research accomplishments at Caltech include detection of mass with zeptogram accuracy, coupling of mechanical oscillators to superconducting qubits, nanomechanical mass spectroscopy of single molecules, and many more landmark studies of nanoscale systems.

Among his many honours, Prof. Roukes was awarded a National Institutes of Health (NIH) Director's Pioneer Award in 2010, was named Chevalier (Knight) of the Ordre des Palmes Académiques by the Republic of France in 2012, has contributed images from his research to the Museum of Modern Art, and has organized popular TEDxCaltech events on the Brain (2013) and on Richard Feynman’s continued influence on technology (2011).

Biography: Paul Corkum started his career as a theoretical physicist but changed to experiment when he arrived as a Post doctoral Fellow at NRC in 1973. At NRC he concentrated first on laser physics but with the revolution in laser technology, intense laser pulses are now being applied in every discipline. Dr. Corkum anticipated their impact. He is best known for introducing many of the concepts in strong field atomic and molecular science. In the early 1990's a number of new, seemingly unconnected, phenomena were discovered in strong field atomic physics. Two of the most important of these are high harmonic generation and correlated double ionization (a phenomenon in which an atom absorbs 100's of photons and emits two electrons). Dr. Corkum developed a comprehensive theory of all of these phenomena. He then demonstrated its validity. This work is the foundation on which all subsequent research in this area has been built.

Canada Research Chair in Attosecond Photonics, Dr. Corkum is the Director of the Attosecond Science Program at NRC and a Professor in the Department of Physics at the University of Ottawa. Over the years, Dr. Corkum has received several distinctions in recognition of his ground-breaking research. He is a Fellow of the Royal Society of Canada (1996) and the Royal Society of London (2005) and an elected member of the US Academy of Science (2009).

Among his most prestigious prizes are the Canadian Association of Physicists' Gold Medal for Lifetime Achievement in Physics (1996), the Royal Society of Canada's Tory Award (2003), the Optical Societies Charles H. Townes Award (2005) and the IEEE's Quantum Electronics Award (2005). In 2006, he has received the Killam Prize for natural sciences, and was awarded the American Physical Society's Arthur L. Schawlow Prize for Quantum Electronics. In 2007, he was inducted as an Officer to the Order of Canada and received NSERC's prestigious Polanyi Award in 2008.

In 2013, Dr. Corkum received two very prestigious international awards, the Harvey Prize from the Technion, Israel Institute of Technology and the King Faisal International Prize for Science. The Optical Society of America (OSA) awarded him the Frederic Ives Medal in 2014 and in 2015, Dr. Corkum was named Thomson Reuters Citation Laureate, reserved for researchers who are "of Nobel class" and likely to earn the Nobel someday.

This was a Quantum Public Lecture presented by Quantum Alberta.

Biography: Dr. Phillips is a Fellow of the Joint Quantum Institute, a NIST Fellow, and Distinguished Professor of Physics at the University of Maryland, College Park. In 1997, he shared the Nobel Prize in Physics with Steven Chu and Claude Cohen-Tannoudji for the development of methods to cool and trap atoms with laser light.

Dr. Lloyd received a Ph.D. in Physics from Rockefeller University, under the supervision of Professor Heinz Pagels. He was a postdoctoral fellow in the High Energy Physics Department at the California Institute of Technology, where he worked with Professor Murray Gell-Mann on applications of information to quantum-mechanical systems. He was a postdoctoral fellow at Los Alamos National Laboratory, where he worked at the Center for Nonlinear Systems on quantum computation. Since 1988, Dr. Lloyd has also been an adjunct faculty member at the Santa Fe Institute. He has performed seminal work in the fields of quantum computation and quantum communication, including proposing the first technologically feasible design for a quantum computer, demonstrating the viability of quantum analog computation, proving quantum analogs of Shannon's noisy channel theorem, and designing novel methods for quantum error correction and noise reduction. He is a Fellow of the American Physical Society, and has just been appointed as the inaugural Nam P. Suh Professor in Mechanical Engineering. He wrote a book titled "Programming the Universe".

Abstract: From atomic structure, to the composition of stars, to teleportation, quantum physics has led to amazing discoveries over the past century. Understanding the microscopic world of atoms and photons has also led to modern technologies like lasers and computers that have transformed our everyday lives. Yet the quantum world remains a mysterious place full of bizarre phenomena such as entanglement and quantum uncertainty. This is the story of my voyage into this weird and wonderful invisible world, and the surprising lessons I learned about physics and about being a physicist.

Professor John Clarke received his B.A. (1964), Ph.D. (1968), and Sc.D. (2005) from Cambridge University. After a postdoctoral fellowship at UC Berkeley, he joined the Physics faculty in 1969. He received the Distinguished Teaching Award in 1983. He is a fellow of the Royal Society of London, the American Physical Society, the American Association for the Advancement of Science, and the Institute of Physics (UK). He has been a Sloan Foundation Fellow, a Guggenheim Fellow and a Miller Professor. In 1987, he was named California Scientist of the Year and was awarded the Fritz London Prize for research in low-temperature physics. In 1998, he received the American Physical Society's Joseph F. Keithley Award for Advances in Measurement Science and, in 1999, the National Academy of Sciences' Comstock Prize for Physics. He was awarded the Hughes Medal of the Royal Society in 2004, and was the UC Berkeley Faculty Research Lecturer in 2005.

Professor Davies made seminal contributions in the area of "quantum field theory in curved space-time" and is an author of numerous best selling popular science books. His prestigious awards include the Kelvin Medal, the Faraday Prize and the Templeton Prize.

Since the early days of quantum mechanics, and still in Feynman's lectures on physics, interference between spatially separated trajectories of a single particle has not ceased to fascinate physicists. I will present a realization in optics of that GedankenExperiment, realized with a true single photon source. It has even allowed us to implement Wheeler's delayed choice experiment, emphasizing the weirdness of wave particle duality for a single particle.

Alain Aspect is an internationally acclaimed physicist at the École Polytechnique in Paris. He is a pioneer in the foundations of quantum physics, including celebrated demonstrations of quantum non-locality (sometimes referred to as Einstein's spooky action at a distance). He received the 2010 Wolf Prize in Physics, which is one of the world's top science awards. In addition to his beautiful, convincing experiments, Dr. Aspect is famous for the clarity and general appeal of his presentations.

Professor Sir Peter Knight FRS is Principal of the Kavli Royal Society International Centre and holds an emeritus position at Imperial College London. He has made numerous contributions to quantum physics, which have been recognized through prestigious awards including the Thomas Young and the Glazebrook Medals of the U.K. Institute of Physics, the Ives Medal of the Optical Society of America, the Royal Medal of the Royal Society and being knighted by the Queen in 2005. Until last year, Sir Peter was Chair of the Defence Scientific Advisory Council at the United Kingdom Ministry of Defence and continues as a science advisor to the U.K. Government.

Professor Bekenstein was John Wheeler's doctoral student at Princeton University and is now Polak Professor of Theoretical Physics at the Hebrew University. He is a member of the Israel Academy of Sciences and Humanities and a recipient of the Israel Prize. He discovered the theory of black hole thermodynamics, which resulted in the famous Bekenstein-Hawking theory of black-hole radiation.

Professor Bekenstein will tell us the absolute limit to information storage in any region of space and time by thinking of our world as a boundary for a larger-dimensional universe.